What is Almond Eye Aesthetics?

Almond eye aesthetics or cantoplasty is a surgery that is applied to obtain a better appearance and a deeper expression in the eyes as a result of slightly pulling the eye upwards. Almond eye aesthetics, which can also provide effective results for the correction of loosening in the lower eyelid due to aging or genetic reasons, can actually be considered as a part of lower eyelid surgery. The eye shape that women try to achieve through cosmetic products and make-up can be achieved permanently by raising the lower eyelid contour.

Who Is Almond Eye Aesthetics Suitable For?

Almond eye surgery is usually performed under local anesthesia. The lower canthal tendon is cut and repositioned. An incision is typically made under the eyelid to access this tendon. After the tendon is pulled into its new position with medical threads to support the eyelid, it is fixed to the bone membrane. The incision is usually made within the natural fold of the eyelid.

Before almond eye aesthetic surgery, the patient's suitability for surgery should be evaluated and a detailed planning should be made by examining the facial features. In addition to the result to be obtained as a result of the operation, the patient should be clearly informed about the operation process and after.

It is considered normal to experience swelling, pain and bruising after almond eye surgery. However, this situation resolves spontaneously in about 7-10 days, and pain can be controlled by using simple painkillers during this time. In order to experience a fast and healthy recovery process, the patient should rest as much as possible and take care to keep his head elevated. After the surgery, contact lenses should not be used, the eye area should not be rubbed, make-up and exercise should not be used for the period specified by the doctor. Activities such as watching television, reading, looking at the phone or computer screen for a long time, which may cause eye strain, should be avoided for a certain period of time. After the operation, sunglasses should be used as the eyes may be more sensitive to light.

The eyes may feel very dry or irritated after the operation, as well as a temporary blurring. This condition usually resolves spontaneously within a few days. The use of eye drops recommended by the doctor can be an effective method in solving such problems.

Which anesthesia is used in almond eye aesthetics?

It is usually performed with local anesthesia.

Will there be any scars after almond eye surgery?

Since the incision is made in the natural fold of the eyelid, there is no scar.

Although there is no obstacle for vision, it is necessary to work with a specialist surgeon. 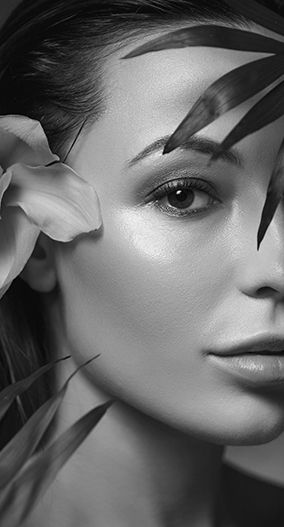